The 19th regular meeting of the Working Group on coordination of combating crime at the level of the Deputy Heads of the Ministries and Institutions was held on the premises of the GUAM Secretariat on December 2, 2016.

Delegations of all the Member States took part in the event. The high-level segment that was held under the chairmanship of Ukraine was preceded by the meeting at the level of experts on the day before, on December 1, 2016.

On the outcome of the meeting, in particular, the delegations of GUAM Member States considered and adopted Report of the Group on its activities in 2016 and the plan for 2017. The delegations decided to retain the country coordination functions of the Group and appropriate Sub-Groups for the next biennial period without amendments.

The next regular meeting of the Group will be convened in November-December of 2017. 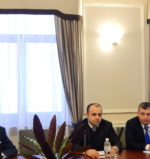 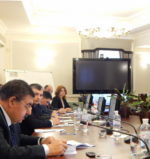 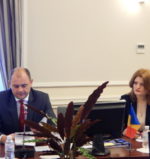 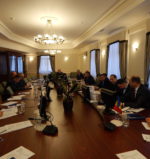 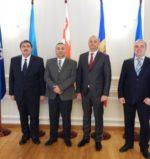